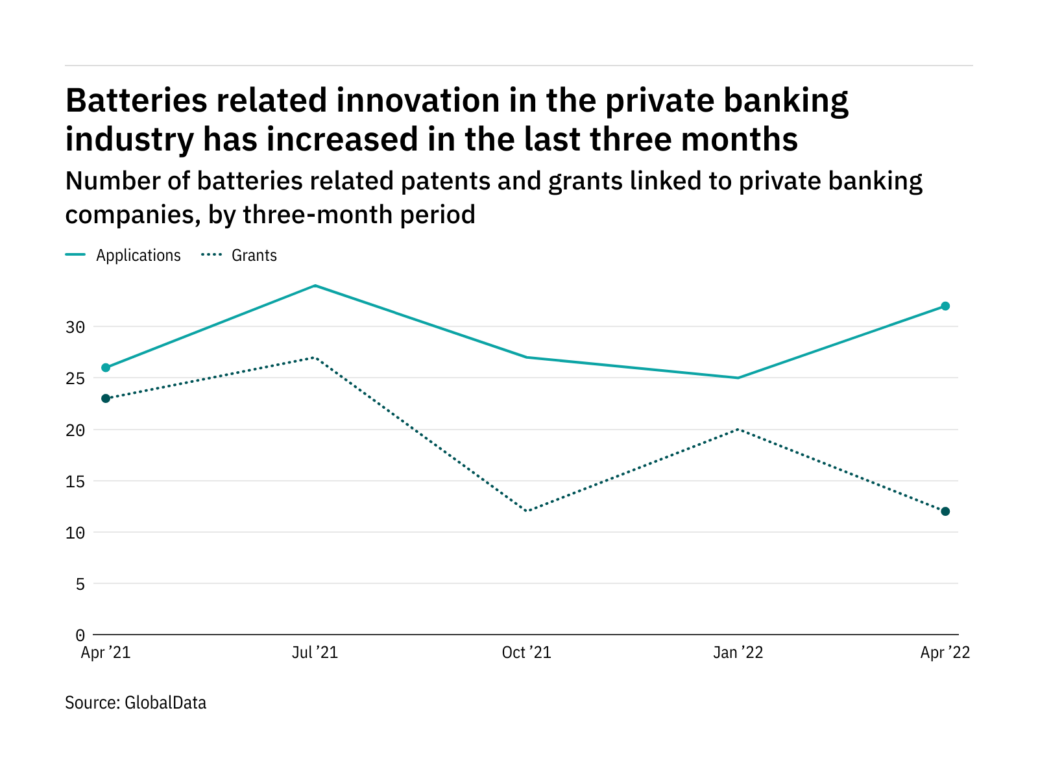 Battery research and innovation in private banking is booming.

The latest figures show the number of battery-related patent applications in the industry rose to 32 in the three months to April, compared to 26 in the same period of 2021.

Battery-related granted patent figures followed a different pattern from filings – falling from 23 in the three months ending April 2021 to 12 in the same period in 2022.

Batteries are one of the key areas tracked by GlobalData. It has been identified as a key disruptive force that companies will face in the years to come, and it is one of the areas where companies currently investing resources should reap rewards.

Brookfield Asset Management Inc was the leading battery innovator in private banking in the past quarter. The Canadian-headquartered company filed 22 battery-related patents in the three months to April. This was up from 11 over the same period in 2021.

It was followed by US-based Berkshire Hathaway Inc with 10 battery patent applications.

Brookfield Asset Management Inc recently ramped up battery R&D. It saw 50% growth in related patent applications in the three months ending April compared to the same period in 2021 – the highest percentage growth of any company tracked with more than 10 quarterly patents in the private banking sector.