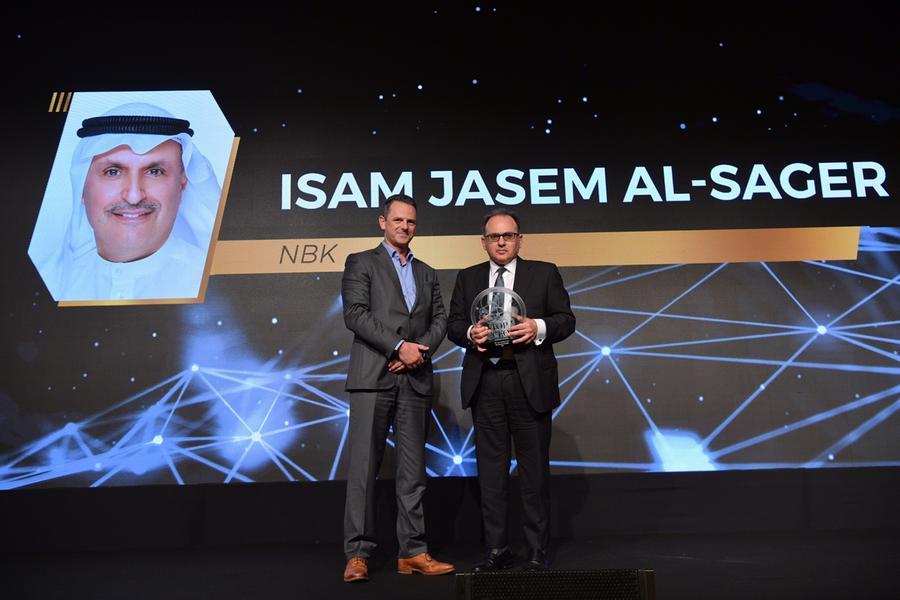 Mr. Isam Jasem A. Al-Sager, Vice Chairman and Managing Director of the National Bank of Kuwait Group, was named Best Banking CEO in Kuwait and one of the GCC Top 10 Banking CEOs. The 2022 “Top CEO” Awards Ceremony honored the most successful and innovative CEOs of companies listed on the seven GCC stock exchanges.

The award was announced on the sidelines of the “Top CEOs Conference and Awards”, which returned in its sixth edition to the United Arab Emirates on May 17-18, 2022. The prestigious event brought together senior entrepreneurs and business leaders. industry from the Arab region, including CEOs and senior officials, as well as regional and international experts.

Companies listed on the GCC are assessed on their financial performance, size and compliance with corporate governance standards in accordance with the guidelines of the Dubai-based Hawkamah Institute.

Al-Sager was named “Best CEO” in the Kuwaiti banking sector and among the top 10 CEOs in the GCC banking sector, based on certain factors, including growth, profitability and corporate governance. Additionally, Hawkamah Institute provided corporate governance guidelines developed by Top CEO in partnership with INSEAD Business School and KPMG audited the Top CEO rankings for the 2022 awards.

The event was a celebration of the top 10 CEOs from ten different GCC sectors who have effectively achieved significant growth and profitability for their companies and demonstrated their commitment to corporate governance over the past year. Conference organizers clarified that GCC companies have managed to achieve significant growth in the aftermath of the global financial crises, and this would not have been possible without the key role played by innovative and resilient CEOs.

Mr. Al-Sager has extensive professional expertise with over 45 years of banking experience. He played a major role in transforming the NBK into a leading regional institution with a broad international presence.

He is vice-president and general manager of the group. He is also Chairman or member of various Management Committees. Mr. Al-Sager is Chairman of the Board of NBK (International) PLC and sits on the Board of Watani Wealth Management (KSA). Mr. Al-Sager is a member of MasterCard’s Board of Directors. He was Chairman of the National Bank of Kuwait – Egypt until May 2019 and a member of the board of directors of the Turkish bank, Watani Holding, NBK Trustees (Jersey) Limited.

For more information on the Top CEO Awards 2022 organized by Trends – The International Media on Arab Affairs (published by Mediaquest) and in partnership with INSEAD, visit their website:

The National Bank of Kuwait is the largest financial institution in Kuwait and has real dominance in commercial banking. NBK has maintained the highest credit ratings among all banks in the region, as agreed by well-known global rating agencies: Moody’s, Standard & Poor’s and Fitch. NBK is also distinguished by its local and global network, which extends to include branches and associated and affiliated companies in China, Geneva, London, Paris, New York and Singapore, in addition to its regional presence in Lebanon, Egypt, Bahrain. , Saudi Arabia, Iraq and the United Arab Emirates.