Africa’s banking industry, which has predominantly male CEO and CEO positions, saw a paradigm shift when Bola Kuforiji-Olubi became the first woman to chair the board of United Bank for Africa ( UBA) in 1984.

This change didn’t stop with Kuforiji-Olubi heading UBA’s affairs. On the contrary, he has seen the emergence of more women making key decisions on finance and banking in Nigeria.

In commemoration of Women’s History Month celebrated annually in March, Daily Trust will highlight the achievements of these extraordinary women at the helm of various financial institutions across the country.

The year 2021 has started on an interesting note for Fidelity Bank as
Nneka Onyeali-Ikpe became the first female MD/CEO to head the bank’s affairs from January 1, 2021.

Born on July 28, 1964, Onyeali-Ikpe is the first woman to hold this position since the bank was established in 1988.

She holds a Bachelor of Laws (LLB) from the University of Nigeria, Nsukka and a Master of Laws from King’s College, London.

Onyeali-Ikpe began her banking career as a lawyer with the defunct African Continental Bank in 1990 and worked with other notable financial institutions in the country before joining Fidelity Bank in 2015 where she served as Executive Director from the direction of Lagos and the South West. .

She joined GTB as a management trainee in 1998. Until her appointment as CEO, she was the bank’s executive director.

Halima Buba, MD/CEO of SunTrust Bank, holds a Bachelor of Science in Business Administration from the University of Maiduguri, Borno State, as well as an MBA from the same university.

Buba is a seasoned banker with over 20 years of related experience. She has worked with different financial institutions in the country including Allstates Trust Bank, Zenith Bank, Inland Bank Plc, Oceanic Bank Plc and Ecobank Nigeria Limited.

SunTrust Bank MD sits on the board of several reputable institutions including those of the Nigerian Sovereign Investment Authority (NSIA) as a non-executive director and Anchoria Asset Management Company Limited.

Like her colleagues at Fidelity Bank and GTCO, Yemisi Edun is the first female MD/CEO of First City Monument Bank (FCMB). She took office on July 13, 2021 after the suspension of Adam Nuhu, who was allegedly involved in an extramarital affair.

Edun holds a BSc in Chemistry from Obafemi Awolowo University, Ile-Ife, Osun State as well as an MSc in International Accounting and Finance from the University of Liverpool, UK.

Ireti Samuel-Ogbu was appointed MD/CEO of CitiBank in September 2020. She is the bank’s first female CEO.

She obtained a BA (Hons) Accounting and Finance from Middlesex University, UK and an MBA from the University of Bradford, also in the UK.

Prior to her appointment as MD/CEO, she was responsible for Europe, Middle East and Africa (EMEA), Payments and Receivables, Treasury and Trade Solutions (TTS) within Citi’s Institutional Clients Group (ICG) based in London.

She has also served on the board of Citibank Nigeria Limited for the past five years as a non-executive director.

Samuel-Ogbu has held various positions in Citi’s operations in the UK, Nigeria and South Africa, having worked twice in each of these countries.

She received a Bachelor of Education in English in 1981 from OAU and is an alumnus of Harvard Business School and the University of Columbia Business School, New York.

She began her career in accounting and financial advice at Peat Marwick & Co, then joined Arthur Andersen & Co (now KPMG).

Somefun has worked in several areas of the industry, spanning Treasury and Institutional Banking, Investment Banking, Retail Banking and Commercial Banking. Prior to joining Unity Bank, she had a distinguished career at UBA where she served on the board of directors of several subsidiaries, including as the first CEO of UBA Pensions Custodian which she led for eight years, as well as overseeing the South West region of the Bank.

In a strongly patriarchal society, these key players in the financial and banking sector have built solid foundations. They act as role models for little girls and inspire women to go further, to break more boundaries for the next generation of female leaders.

We wish these women a successful mandate and a Happy Women’s History Month! 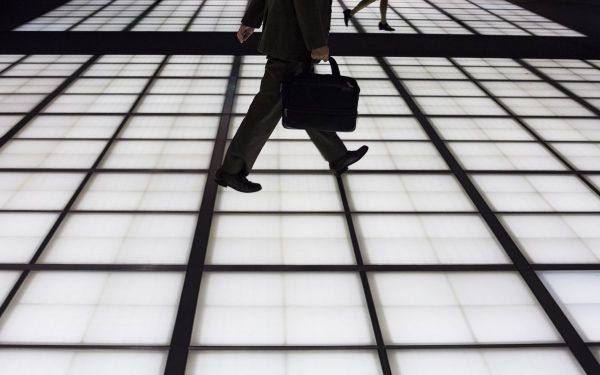